Populism or prudence, Disruptions or stability, Proclamations or implementation 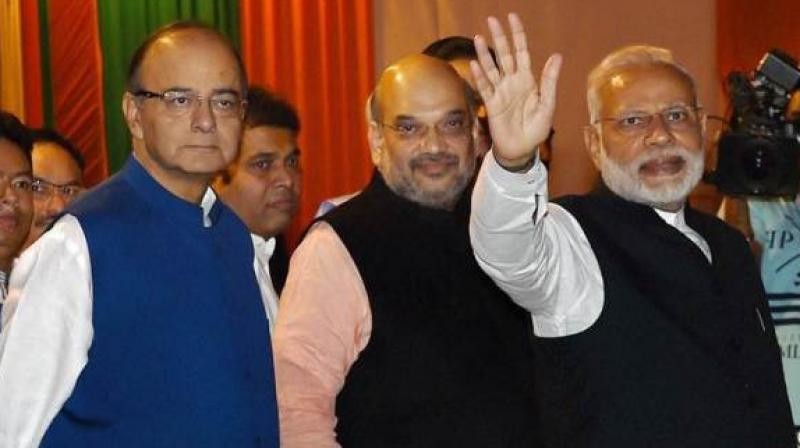 The 2018 Economic Survey reports that India would re-establish itself as the world’s fastest-growing economy by next fiscal with an expected growth rate of 7 to 7.5%. The survey also exhibits 4.5% growth in the industrial sector and 11% growth in exports. Inflation and fiscal consolidation are in control. Being the last full year budget, it’s an ideal opportunity to reaffirm the faith and confidence of the Indian people in the year of 8 state elections followed by general elections.

In the last lap of its term, it’s time that the NDA government make the people of India understand how much of these schemes and initiatives has achieved success on the ground and where do we stand now. The political will of the leadership was very well established with the disruptive and breakthrough decisions like Demonetization and GST implementation; the Survey says that we are way past the temporary implications and now need to stabilize the same. It has increased the indirect tax base by 50% and digitization gained a major push.

I am keen if the existing initiatives are directed and intensely focus on the problem areas which would accelerate growth. For instance, if the Smart Cities project is taken to tier two and three cities; to improvise the infrastructure of rural India. Youth should be encouraged and incentivized to contribute to the agricultural sector. Skill India & Start-Up should focus on training in the agriculture, irrigation, food processing, awareness about the e-mandi initiative and NABARD schemes. And, Swacch Bharat to be directly linked to improving health conditions of our society. I hope the Jandhan, Aadhar & Mobile trinity continues to ensure that the benefits of government schemes reach directly to the poor without any leakages.

This year I anticipate a common man’s budget wherein the prices of basic amenities remain stable, more relaxation on income tax slabs as an incentive towards moving to digitalization and increased tax base. Honorable FM Mr Arun Jaitley had assured bringing the corporate tax slab to 25%, I expect that being announced this time and higher interest rates on savings especially for senior citizens. As an NRI for more than 25 years, this could be my humble wish list and we look forward to some good news for the 27 million strong Indian diasporas as well.

I am hopeful that the 2018 Budget gives more strength to out-performing Ministers & their Ministries so that they continue with the good work towards a New India; namely Mr Nitin Gadhkari, Mr Piyush Goyal and Mr Prakash Javadekar. These three exemplary leaders along with our PM & FM can make an everlasting impact in shaping our New India. The NDA government has people’s mandate and Shri Modi is undoubtedly one of the most popular political leaders today, all that's needed is reinforcing ‘Acche Din’ to the people; which the opposition is going to mock around. On a positive note, I also hope that health, education, research, safety and tourism get their due share and space in this budget