Dubai: the harbinger of tech-innovations. 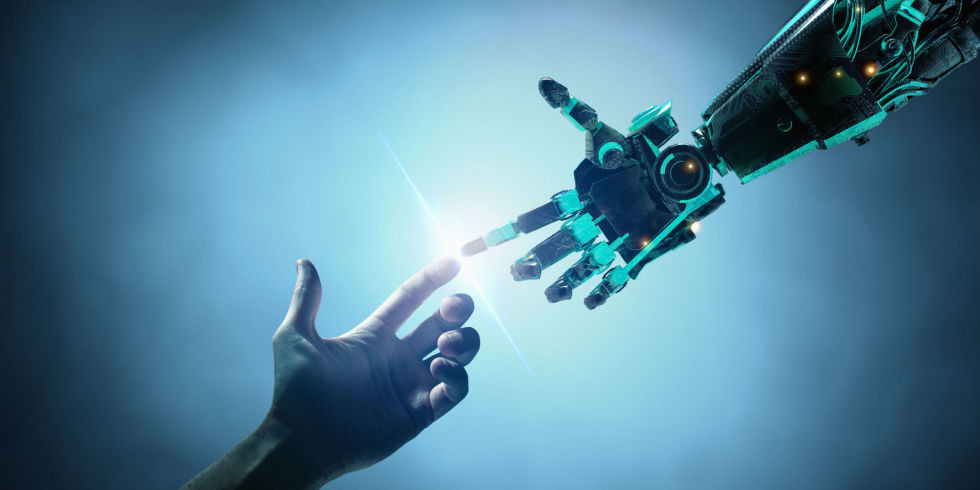 The first franchise of the movie Robocop was released in the year 1987 followed by two more franchises, television and animation series until the recent remake in 2014. It was the first time ever that a Robocop was imagined. The American Director of the second franchise Irvin Kershner says, “Film is a window to the real world but a lie that makes you believe the unbelievable.” While movies reflect the imagination of a person, it can instigate an imagination in someone else. So it wouldn’t be wrong to say that movies or real life both are manifestations of a human mind.

Dubai, the global metropolis it is today, is all because of the visionary leadership of HH Shaikh Mohammed bin Rashid Al Maktoum, Vice-President and Prime Minister of the UAE and the Ruler of Dubai. Two decades back, nobody would have imagined the present Dubai. Whether it is Burj Khalifa, Burj-al-Arab, Dubai Ski, Palm & World islands, the Malls, Dubai Aquarium, Museum of the Future and much more, all that attracts people from around the world to Dubai are the outcome of the vision and determination of our leaders.

HH Shaikh Mohammed during the inauguration of the Office of the Future at the first 3D-printed office in the world last year said, “We implement what we plan, and we pursue actions, not theories. The rapidly changing world requires us to accelerate our pace of development for history does not recognize our plans but our achievements.”

Dubai Police is yet another feather in the cap that the emirate adorns; with the virtue of its uniqueness and capabilities. There is hardly anyone who is not wooed by its unmatched fleet of cars. The popularity can be gauged by the number of Dubai Police videos on YouTube and its millions of views. The latest addition to the Dubai Police is the world’s first Robocop who was officially inducted into the force.

A robot policeman which can detect a person’s emotions and facial expressions, communicate in six languages, report crime, transmit video feeds and facilitate payment for traffic violations and submission of paperwork. It is definitely going to enhance the capability of the police force and affirms that when it comes to tech-innovations Dubai is always a front runner embarked to lead the rest. Safety or point of attraction, Robocop is going to be a must-see in the visitors’ list.

The Robocop which we used to watch in movies is now a reality in Dubai. Anything that a human mind can conceive can be anticipated here. Our Leaders are determined to make this city a global innovation hub by providing institutional infrastructure for innovations. The government has launched National Innovation Strategy in addition to the National Innovation Committee. It has also established ‘Mohammed bin Rashid Center for Government Innovation’ followed by ‘Hamdan Innovation Incubator’. It also hosts the Global Innovation Summit and World Innovation Awards. Therefore, if you are a creative person with an instinct to innovate, then Dubai is the place to be.